After booting up a VPS for the first time, I noticed a bunch of activity on netstat. Apparently a bunch of ips in China were agressively testing my ssh security. So I spent 5 minutes hardening my system and I went to look at my auditd logs just in case. Well I realized how obtuse a mess of auditd logs could be and I decided to elasticsearch+kibana+auditbeats would be great to monitor these logs on a continual basis. It looked very fancy. But alas this very modest VPS only had 1gb of ram and the elasticsearch is a memory hog and wouldn't run. So I wrote this as a very basic solution for very basic auditd log viewing problem.

Bash scripts, running on 5 minute intervals, comb thru logs and spit out json of relevant data. An express server reads them and puts them in filterable tables. Your browser auto refreshes every 5 minutes. 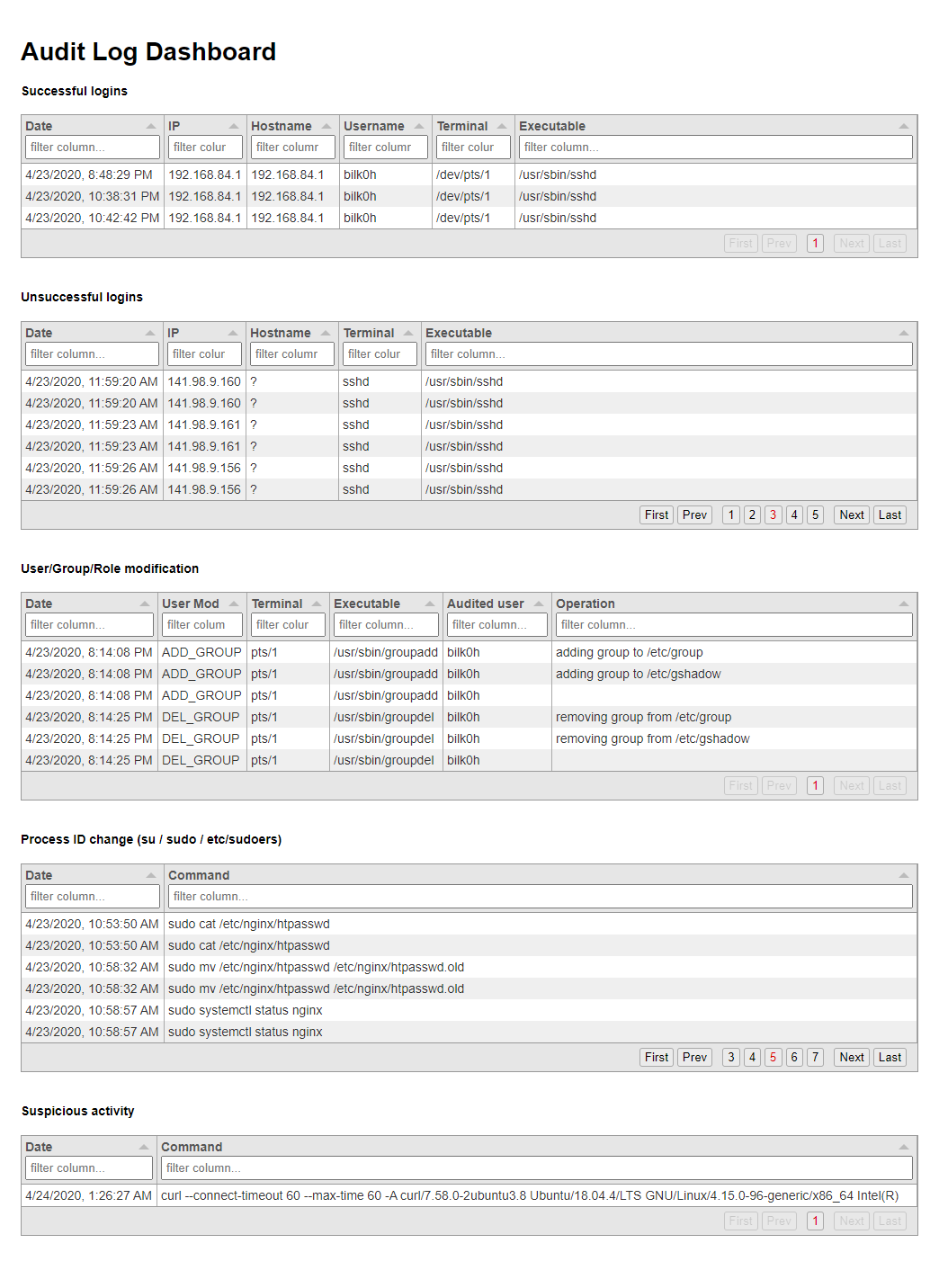 My name is bilk0h. I'm a security enthusiast, linux users, programmer, and a big fan of virtual machines. This blog documents the activities in those spaces that might be a contribution to others.